Neurodiversity in the High Tech Workforce

Celebrating abilities in a culture of disability.

Neurodiversity is a worldwide movement that maintains dyslexia to be a variation of human brain wiring. Neurodiversity emphasizes this spectrum of brain function in all humans and suggests that to better understand the perspectives of those around us, we should not only try to see the world though their eyes, but understand it through their brains.

We are asking these important questions:

Do we want to attract, retain and assist employee with neurological differences?
Do we want entrepreneurship within our organizations?
Ninety percent of all disabilities in the workforce are invisible — including learning disabilities, ADD, ADHD, medical conditions and more. When a disability is invisible, the fear of disclosure can be intimidating.

Thanks to our Partner sponsors!

Yes, I want to attend!

There is no one Attending Yet 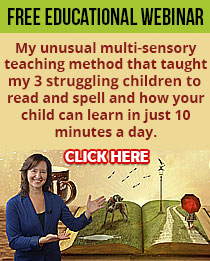 We make no recommendations, representations and give no warranties of any kind, express or implied, as to the operation of this Website and the accuracy and suitability of information, content, services, materials and products included on it and on third party websites. See here for more terms and conditions